THE EXPRESSION OF EMOTION IN HUMANS AND TECHNOLOGY

The International Conference on Interactive Digital Storytelling (ICIDS) has a long-standing tradition of bringing together theoretical and practical approaches into interdisciplinary dialogue. The Art Exhibit at ICIDS 2019 is a celebration of artworks relevant to the field of interactive storytelling through the broad lens of the curated theme: The Expression of Emotion in Humans and Technology. The curatorial theme was intended to inspire (as opposed to constrain) creativity in the imagination and expression of the artist.

Charles Darwin argued almost 150 years ago, the Universal Nature of Expression; which is to say that, “the young and the old of widely different races, both with man and animals, express the same state of mind by the same movements.” As technology, robotics, and artificial intelligence advances, it seems appropriate to ask how will we interpret and understand expressions of emotion from technology?

Taking a cue from Darwin’s seminal work in “The Expression of the Emotions in Man and Animals,” this exhibition encouraged the artist to explore the concepts of The Expression of Emotion in Humans and Technology. Submitting artists were encouraged to cross disciplines, technologies, and/or global societies to explore the impact on human experience through the following or relevant questions:

The advancement of synthetic imagery, complex avatars, AI mimicry, and enhanced portrayal of human beings via social media and emerging technologies beg the question of what is real and what is morally and ethically acceptable? Who and what should we trust?

What is the relationship between humans and technology and between AI agents?  How might Human to AI and AI to AI interactions provide a basis for conveying emotional understanding and empathy? What perspectives may we gain about humanity through our cultural assimilation with technology?

In the arena of social media, sociologists are studying the impacts of online interaction as opposed to person-to-person contact. What are the moral, emotional, physiological, and psychological implications of integrating AI and machine learning process and decisions into our communication, leisure, learning, and social experiences?

VR is now available to the masses, and as AR and Mixed Reality platforms continue to develop, will the future of communication and socialization consist of society adorned en masse with headsets and tactile feedback attire? How should we envision our future interaction with technology as we move beyond the keyboard and mouse?

The Art Exhibit At ICIDS 2019 jurors chose to accept selections which were novel, thought-provoking, evocative, and sensor-rich interactive art experiences created by a diverse and broad group of creative practitioners. The selections were based on creativity, strength of concept, relevance to the theme, feasibility, and durability.  Click here to view the call.

The Art Exhibit At ICIDS 2019 is presented in the Primrose Gallery at Snowbird Ski & Summer Resort, with an opening reception on November 20th at 6 pm (MST). The Art Exhibit At ICIDS Catalog contains artist’s statements with supporting images of the works selected by the Distinguished Jurors:  Jessica Bedingfield, Suzanne Freyjadis, and Alex Johnstone. The exhibit was organized by Ryan Bown (Chair & Head Curator), with assistance from Brian Salisbury (Co-Chair & Assistance Curator). This exhibit features work from 13 Digital Storytellers.  Three certificates of excellence were awarded. Fragile Equilibrium: An Action Game of Melancholic Balance received Excellence In Visual Design, Simmer received Excellence In Innovation, and Healer received Best of Show (the embodiment of the curatorial theme with mastery of visual design and technology).

“The theme, ‘The Expression of Emotion in Humans and Technology,’ drew submissions that recast a wide range of emotional experiences. How emotions can both be better understood as well as hampered by technology is an interesting theme running through the art that is represented.”                                     -Suzanne Freyjadis, Founder, SHIFT Games & Education

The Art Exhibit At ICIDS 2019 is presented in the Primrose Gallery at Snowbird Ski & Summer Resort, with an opening reception on November 20th at 6 pm (MST). This catalog contains artist’s statements with supporting images of the works selected by the Distinguished Jurors:  Jessica Bedingfield, Suzanne Freyjadis, and Alex Johnstone.

THE ART EXHIBIT AT ICIDS 2019 ORGANIZERS 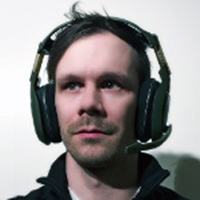 Ryan Bown, MFA is an Associate Professor of Entertainment Arts and Engineering at the University of Utah. Prior to working in the games Industry he devoted a decade (1998-2008) to creating and showing Fine Art works at Galleries and Museums throughout the United States and abroad. Having a love for art and video games, he decided to fuse the two passions together. Over the last 10 years he has worked on a number of popular titles which include: ERIE, Disney Infinity 1.0, & Disney Infinity 2.0. At the University of Utah, he teaches students Fundamentals Art & Design Principles & theory contextualized in current industry pipelines and technologies. As an educator, he aims to increase accessibility to information, learning, and community by blurring the boundaries of traditional education by streaming creative content for Games on Twitch. (https://www.twitch.tv/occasional_player) 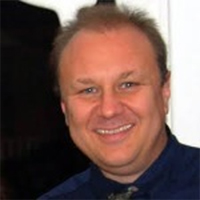 Brian Salisbury, MFA is an Associate Professor of Entertainment Arts and Engineering at the University of Utah. Salisbury began his teaching career in 2005 at the University of Central Florida as the Art Track Director for the Florida Interactive Entertainment Academy graduate program. Prior to academic service, Brian worked in the computer graphics industry for 15 years.  Notable film credits include: Antz, Face Off, Godzilla, and Space Jam. As a lead character artist he worked a variety of high profile games which include the following: WCW series, Monsters, Inc, Top Spin, Links’ 04 and Amped 3. 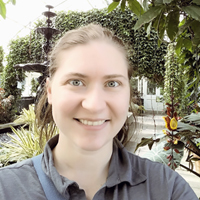 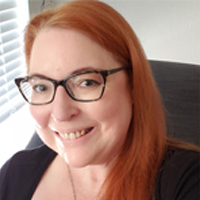 Suzanne Freyjadis, MA, is the Chair of the IGDA GameED SIG and Founder of SHIFT Education & Games. As the Chair of the IGDA GameED SIG, she is currently leading the update of the 2020 IGDA Curriculum Framework. The updated Framework is a globally adaptive set of Building Blocks that a post-secondary program can use to create or update a video game program for their institution.  She is currently working on a conference on Game Education, Serious & Policy Games to take place in 2020. This conference is geared toward universities, governments and NGOs of countries usually left out of video game conversations due to visa and travel issues associated with the countries that hold the main video game conferences. The goal is to create a forum where countries can unite and work together to continue to develop their own video game communities. 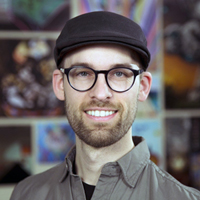 Alex Johnstone, MFA, is a digital creator and University instructor working in Salt Lake City, Utah. His career was born in film with his short narrative film The Deep premiering at the 2008 Sundance Film Festival. His narrative and documentary films have screened at national festivals and internationally on broadcast television. In 2011, Alex brought his passion for creation to The Leonardo, creating original content and overseeing large-scale traveling exhibits as the Exhibits and Programs Manager for the Art, Technology and Science Museum. Since 2014, Alex has taught undergraduate game development at the University of Utah. The following year he co-founded his second company Octothorpe, an interactive digital entertainment studio. Octothorpe was selected as one of five participants in 2017 for the Department of Education’s EdSim Challenge. Octothorpe has gone on to produce virtual reality experiences for clients such as Stanford University School of Medicine.