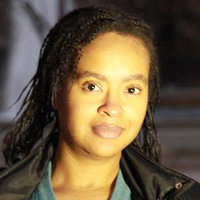 Nashville native Toiya Kristen Finley is a writer, editor, game designer, and narrative designer/game writer. She holds a Ph.D. in literature and creative writing from Binghamton University. With nearly 70 published works, she has over 20 years of experience writing in a range of genres. She leads workshops and speaks at conferences like GDC, ECGC, PAX Dev, PAX West, and Gen Con. In 2011, she co-founded the Game Writing Tutorial at GDC Online with Tobias Heussner and served as an instructor in 2011 and 2012.

In videogames, she has worked as a game designer, narrative designer, game writer, and editor (or some combination of the four) on several unreleased and in-production indie, social, and mobile games for children and general audiences. Some of these projects shall stay locked away in dungeons for eternity (hey, that’s the game industry for ya). Some published games include Academagia: The Making of Mages (Black Chicken Studios), Fat Chicken(Relevant Games), Verdant Skies (Howling Moon Software), and Siren Song (Stardust Works). She co-authored The Game Narrative Toolbox (Focal Press, 2015) with Jennifer Brandes Hepler, Ann Lemay, and Tobias Heussner. Most recently, she edited and contributed to Narrative Tactics for Mobile and Social Games: Pocket-Sized Storytelling (CRC Press, 2018). Her current work includes writing and editing for various interactive fiction projects like NBCUniversal’s Series and narrative design and game design for Digital Myths Studio. She is currently a member of the IGDA Game Writing Special Interest Group’s Executive Board. 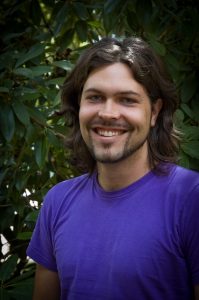 Aaron A. Reed is a writer, designer, and researcher focused on finding new ways for gamemakers and players to tell stories together. His fiction, games, and playable artworks have won recognition from a broad range of storytelling communities, including the Independent Games Festival (video games), the ENnie Awards (tabletop roleplaying), and Kirkus Reviews (traditional publishing). Aaron is a multi-time IndieCade and IGF finalist, and his work has also been shown at South by Southwest, Slamdance, and GaymerX; he has spoken about digital storytelling at PAX and PAX East, Google, WorldCon, NarraScope, and the Game Developer Conference. He is the author of an upcoming book (with John Murray and Anastasia Salter) on the living legacy of adventure games. Aaron holds a PhD in Computer Science and a MFA in Digital Arts and New Media, and is currently a lead on the Character Engine project at Spirit AI. 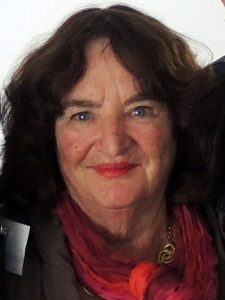 A native of Geneva, Switzerland, and a former computer programmer, Marie-Laure Ryan is an independent scholars based in Colorado, working in the areas of narrative theory, digital textuality, media theory, and representations of space. She is the author of Possible Worlds, Artificial Intelligence and Narrative Theory (1991), Narrative as Virtual Reality: Immersion and Interactivity in Literature and Electronic Media (2001, 2nd edition 2015),  Avatars of Story (2006) and Narrating Space/Spatializing Narrative (2016, with Kenneth Foote and Maoz Azaryahu). She has also edited ot co-edited several collections, including  Narrative Across Media (2004), The Routledge Encyclopedia of Narrative, with David Herman and Manfred Jahn  (2005), Storyworlds Across Media, with Jan-Noël Thon (2014), and The Johns Hopkins Guidebook to Digital Humanities,  with Lori Emerson and Ben Robertson (2014). She has been Scholar in residence at the University of Colorado, Boulder, and Johannes Gutenberg Fellow at the University of Mainz, Germany, and she is also the recipient of the 2017 lifetime achievement award from the International Society for the Study of Narrative.